Established in 1971, Joos has been manufacturing and installing kitchens, bathrooms and bedrooms since 1971 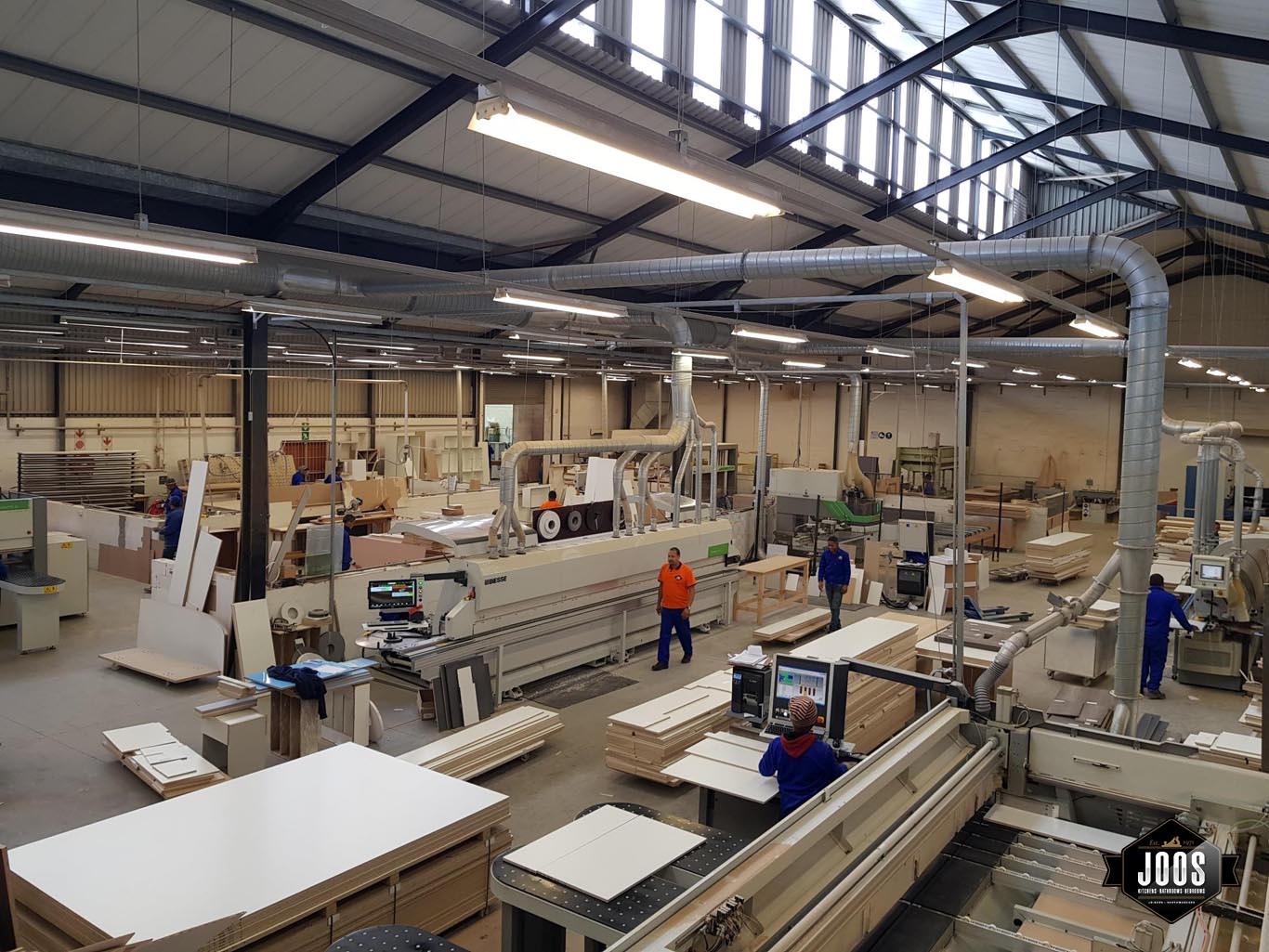 Our family’s history is carved in wood. Our father Joseph was born and raised in Belgium, where he became a joiner and apprenticed as a truck body builder (in those days, trucks were made of wood).

In 1967, at the tender age of 21, he responded to a job advert for a workman’s position in South Africa. Leaving behind family and friends, he flew from Brussels to Johannesburg and boarded a train to Cape Town.

After marrying a Dutch immigrant by the name of Greetje in 1968 and working for several companies, Joseph decided to set out on his own, and founded Joos Joiners in 1971; the same year Jos was born.

The business started out manufacturing window and doorframes in a small garage in Parow, and gradually built up to bedroom cabinets and kitchen cupboards.

Leo was born four years after Jos in 1975. As the business grew, it moved to bigger premises. In 1982, a new factory was built in Stikland, Bellville, where we are still located today.

We both joined our fathers’ business in 1992. Our business has grown from strength to strength and today we have a thriving company that offers the best in contemporary furniture.

We’re proud of the company and the legacy our father has left us: honest, fine quality wood furniture that will make your home beautiful. We hope you enjoy learning about what we love. 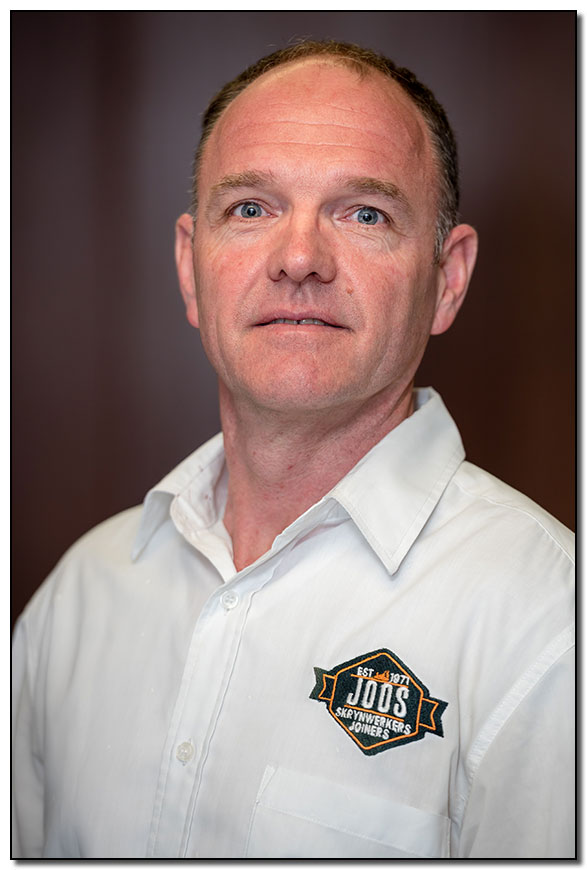 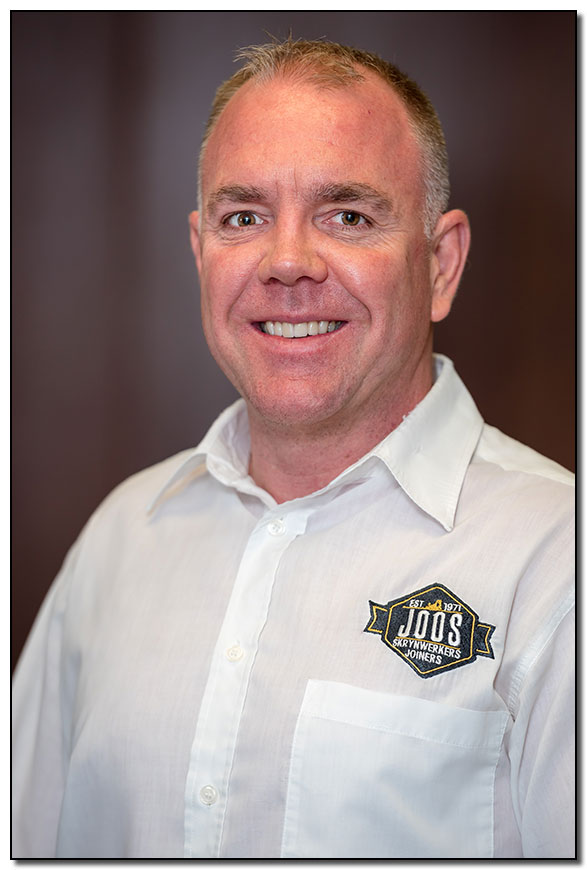 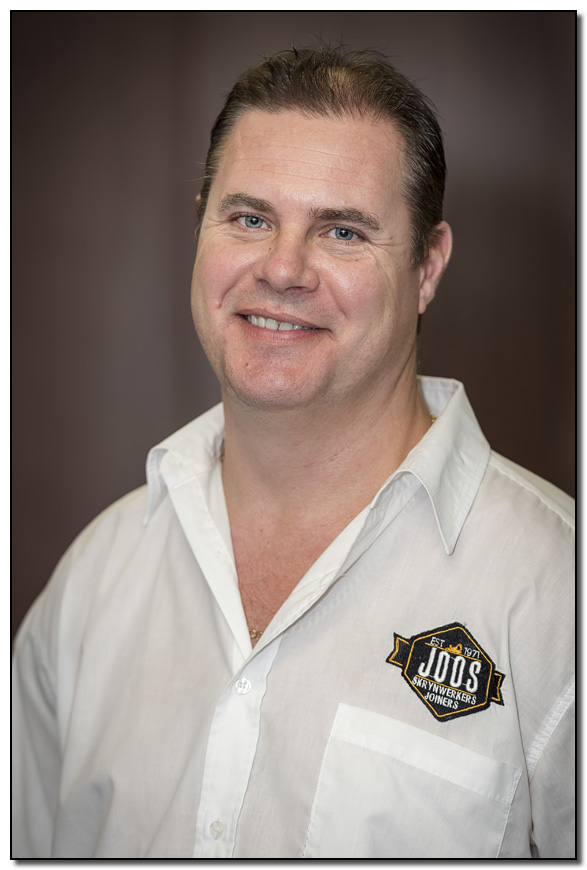 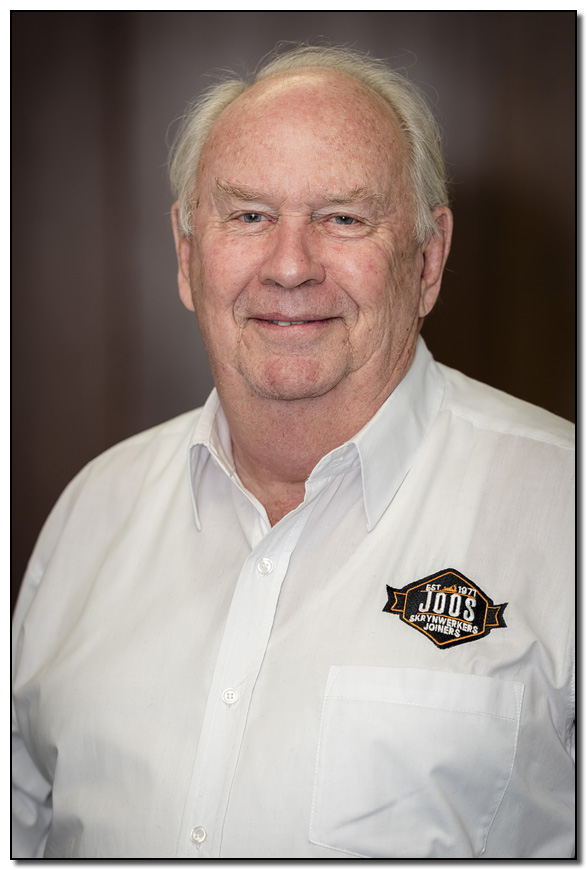 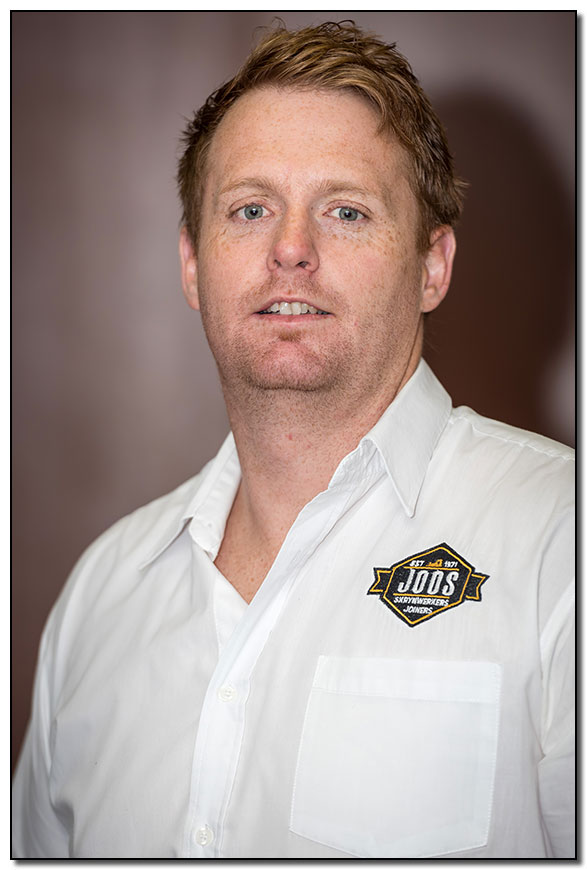 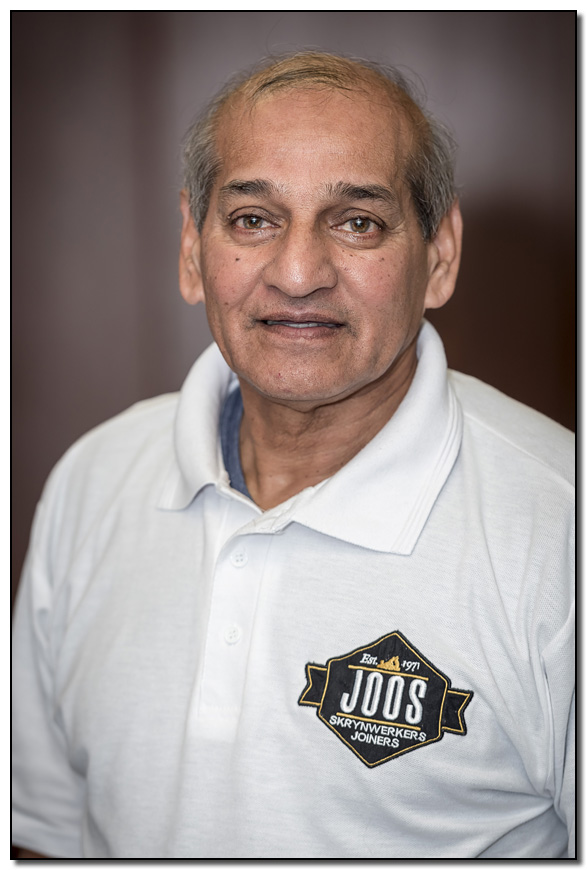 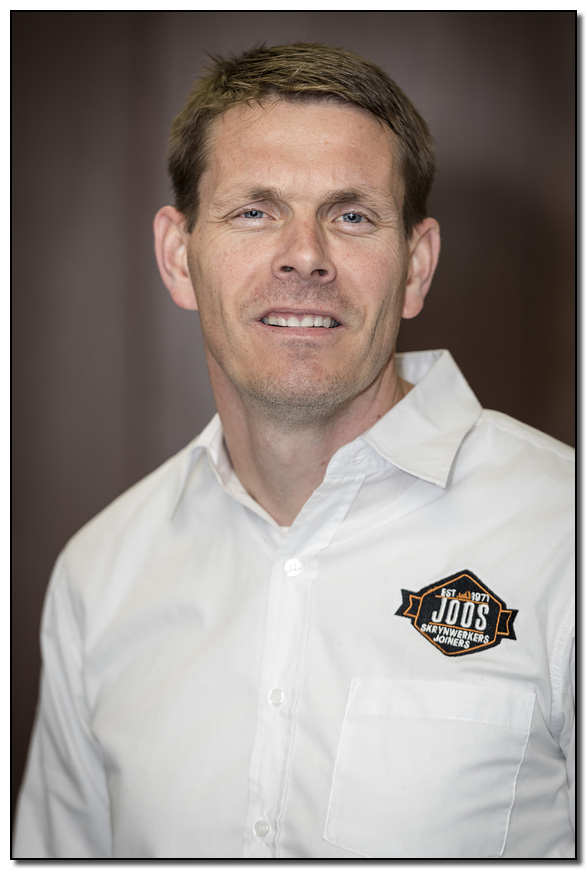 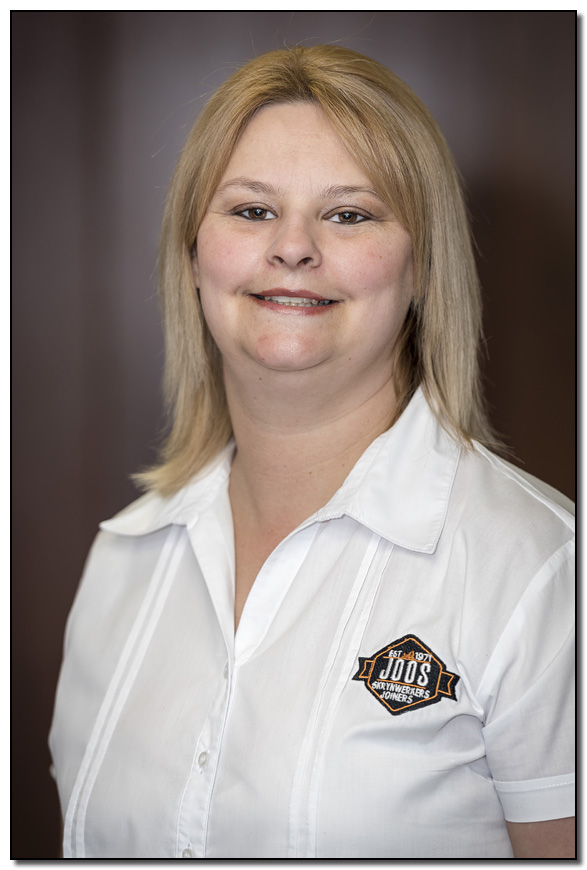 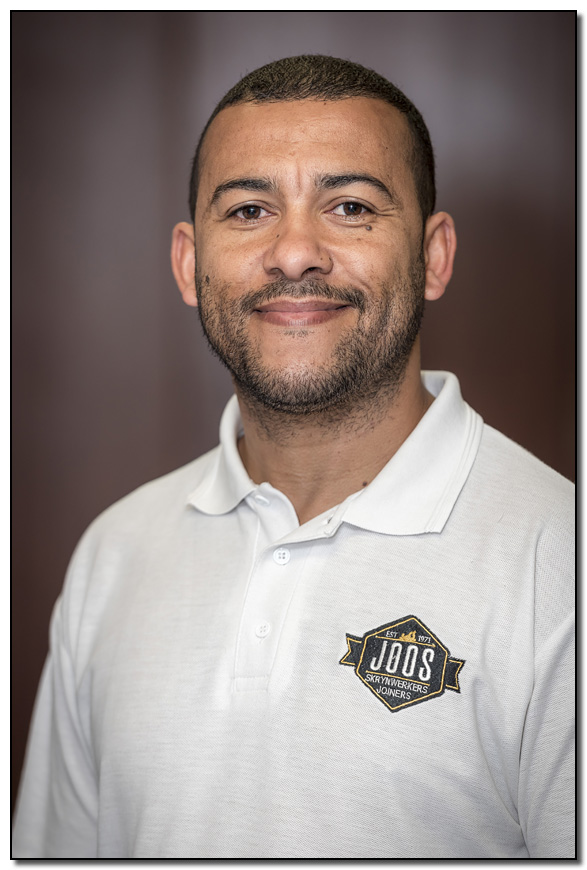 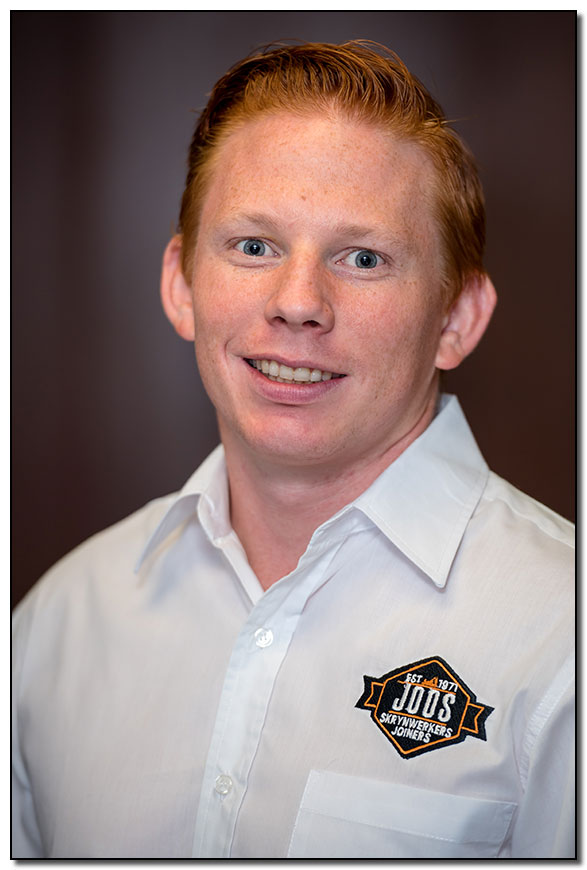 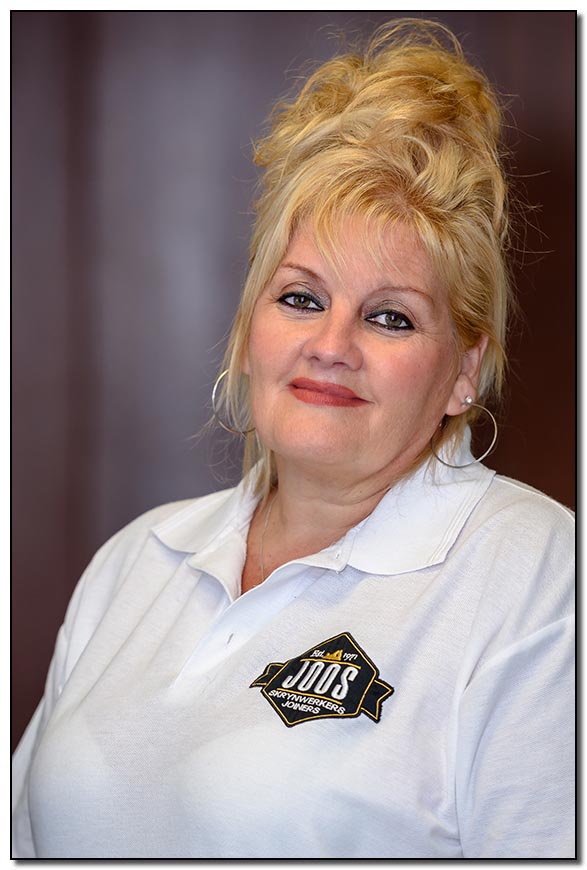 Joos Joiners is a family business with 41 years of experience in design, manufacturing and installations.

We offer the widest range of services in the industry and manufacture all our own components – from carcasses and melamine doors to veneer and Duco doors – all under one roof.

The materials we use are of the highest quality and our carcasses are made from the best grade melanin available. At our versatile, high-tech factory, all carcasses are predrilled for dowling so that no screws are visible. Our special carcass press ensures that carcasses are 100% square for easy installation. All kitchen carcasses are manufactured with PVC legs (to prevent water damage in the event that you kitchen floods) and edges are finished with specialised hot glue edging machines.

We are proud to provide the best natural wood kitchens in the business. In our veneer section we can hand-select veneers to ensure that every section in your kitchen matches in terms of colours and grains. Kitchen carcasses are preassembled with drawers in place to make sure each drawer fits perfectly. Our dedicated spray area and dust-free heat room allows paints and varnishes to reach the correct temperature for the perfect finish.

We have been using brass hinges for the last 29 years and offer a lifelong guarantee on hinges and drawer runners. For maximum versatility and optimum utilization, all our carcasses are drilled with shelf adjustability in mind.

Quality and customer satisfaction in manufacturing and design is key to our philosophy. Our state-of-the-art design software will render your dream kitchen/bathroom/bedroom in colour 3D to ensure peace of mind before manufacturing commences.We work mostly from referrals and many of our clients have been with us for years. Not to mention the great relationships we have built up with architects and builders.

This company is more than just a business for us; it’s our passion. We love what we do and take great pride in delivering the best possible quality products and design along with a great customer experience, to each and every one of our clients.